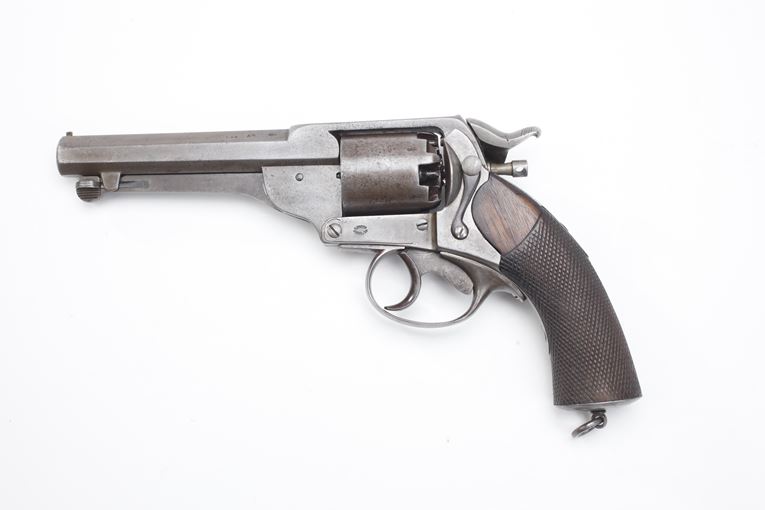 Confederate associated percussion revolver, SN 9271. While Confederate use of this particular revolver can not be established, many Kerr revolvers have been documented as having been in Confederate service.


During the Civil War, purchasing agents for the Federal Government, the Confederacy and individual states of the North and South competed to purchase arms in Europe. One English firm which apparently supplied weapons to the British Government and to the Confederacy, but none to the North, was the London Armoury Company. One product of the London Armoury Company was the Kerr revolver. The Kerr, which was better made and better finished than any other revolver made in either North or South and was imported and issued by the South in large numbers.