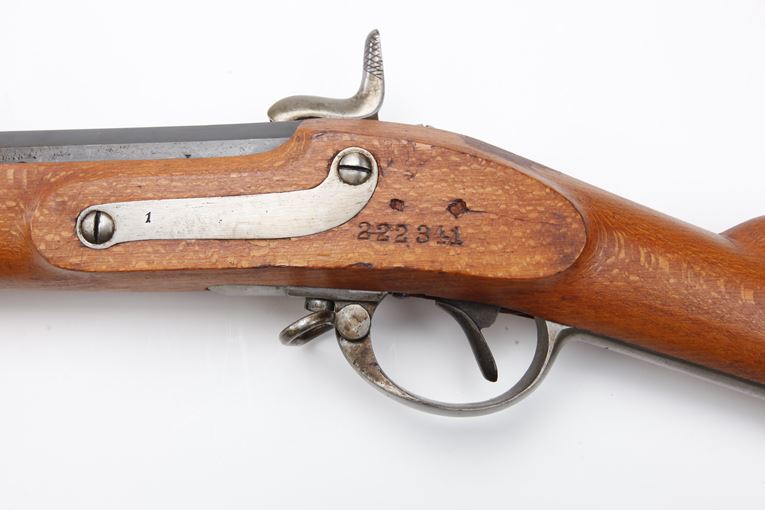 A close copy of the British Enfield rifle, the Lorenz was extremely popular with both the Union and Confederate governments and ranked second only to the British long arm in numbers imported for use on the fighting fronts. Northern arms merchants Col. George L. Schuyler and Marcellus Hartley purchased over 226,000 of these arms, including 70,000 Model 1855 rifles, at a price of $15.10 each. Confederate agent Caleb Huse bought an additional 100,000 from the government arsenal in Vienna for use by Southern troops. The example seen here bears the Austro-Hungarian crest on the rear tang of the lockplate, and the name "Seilinger" is stamped behind the leaf rear sight on the top barrel flat.