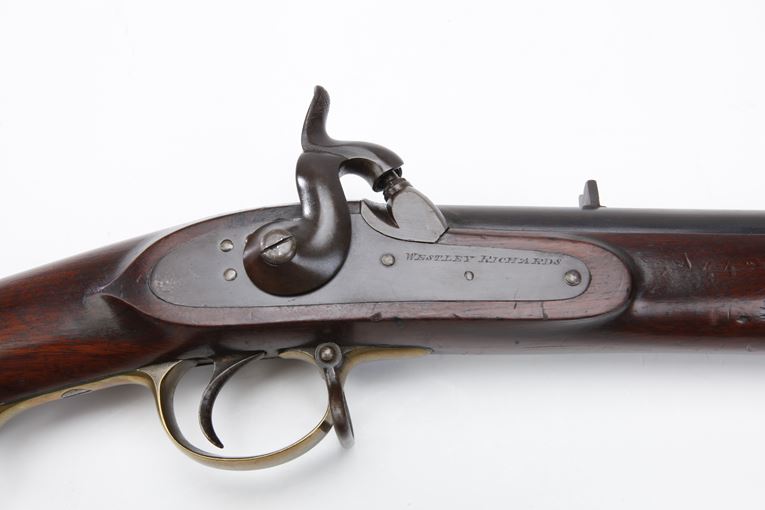 This musketoon was used by Captain Matthew West, a Mississippian who served in the Army of Northern Virginia.

Duplicating the Model 1842 British Sea Service Musketoon, this example was manufactured circa 1855 by England's Westley Richards for Confederate arms buyers. It served with Captain Matthew West, a Mississippi militia officer who was sent to Virginia when the Civil War erupted. Captain West saw action with the Army of Northern Virginia, and was wounded during the Battle of Seven Pines. He returned to Mississippi, where he continued militia activity. Captain West was Mississippi's last surviving veteran when he died in 1932.