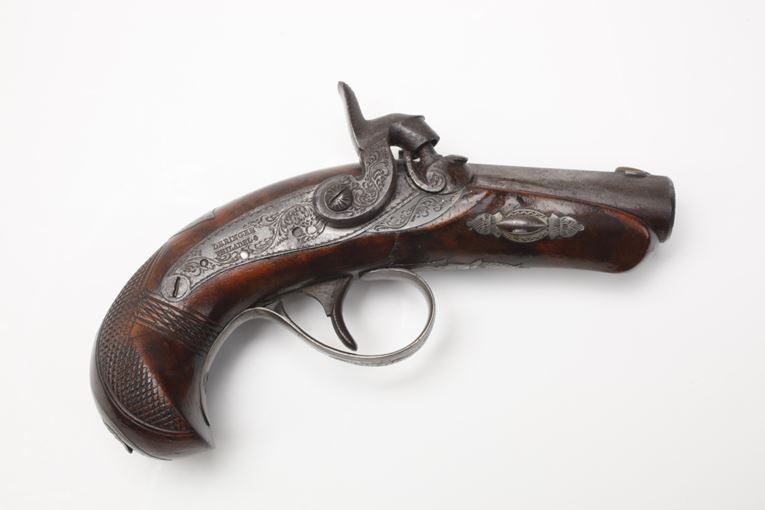 A small derringer or pocket pistol was part of every traveler's survival kit. This example features burled wood and silver mounts.


Although Henry Deringer manufactured other types of firearms, he is perhaps best known for his pocket pistols. In fact, his name has become generically-associated with these arms, much as the name "Kleenex" has been associated with facial tissues in present times. Derringer pocket pistols were manufactured from the late 1830s through 1868, and were available in sizes ranging from 3-3/4 inches overall to 15 inches, and in calibers ranging from .41 up. Most examples were stamped with Deringer's name on the barrel and lockplate, but some were marked with the names of dealers or agents for whom the guns were made. Deringer pocket pistols were quite popular in California, although the Gold Rush was well underway before they were produced in quantity. A Deringer-manufactured pistol similar to the one exhibited here was used by John Wilkes Booth in his assassination of President Abraham Lincoln at Ford's Theater on April 14, 1865.