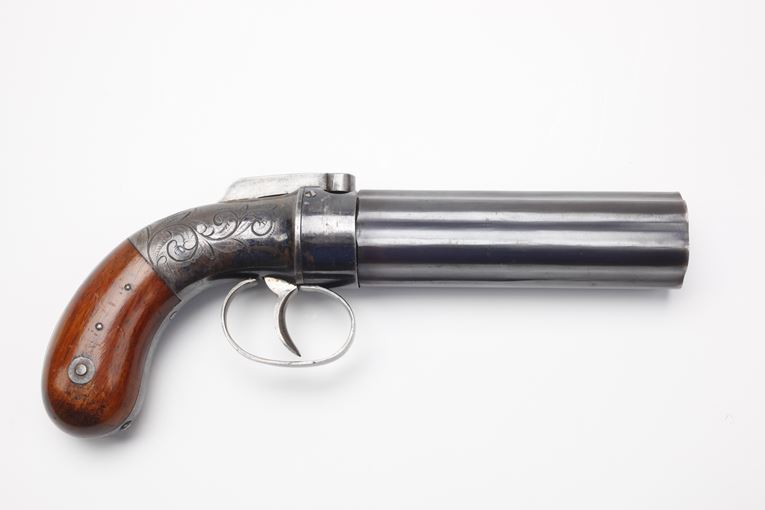 Manhattan's Norwich, Connecticut plant manufactured approximately 3,000 double-action pepperbox pistols of this type in the late 1850s. Barrel lengths ranged between 3 and 5 inches. Grips were of two-piece walnut, and metallic parts were blued or casehardened. SN 95


The Manhattan Firearms Manufacturing Company was founded in 1856 by a group of New Jersey businessmen. Manufacturing facilities were originally located in Norwich, Connecticut, and pepperbox pistols such as this example, as well as single-shot pistols were made here. Thomas Bacon, who would later start his own company, served as superintendent at the Norwich Plant. In 1859 the facility was relocated to Newark, New Jersey. Manhattan's successor, The American Standard Tool Company, went out of business in 1873, a victim of the financial panic that swept the nation during that year. Manhattan and American Standard manufactured over 150,000 guns, ranging from single-shot pistols to Colt-style percussion and metallic cartridge revolvers during their years of operation.