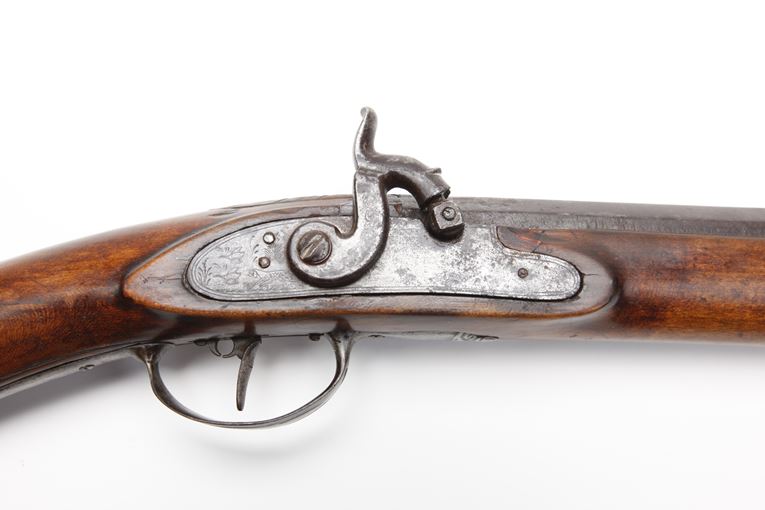 Circa 1840 Percussion Tennessee Rifle" (single-shot/ muzzle-loading/ black powder/ ball/shot ammunition) Westward movement of U.S. "conquistadors" spread south of the Ohio River. Some pioneer people called this wild area "Tennessee." Bears and buffalo were plentiful. Hunting these animals required quicker loading time and larger ball size than could be provided by Kentucky rifles. Shorter, large-bore guns were needed. This example represents a solution to those needs. It is often called the "Tennessee Rifle" or "Bear Gun." Here it is referred to by the former name, even though it is smooth-bored and could fire either ball or buckshot. This gun symbolizes the parallel evolution of the United States and its firearms. When settlement of new frontiers made necessary new types of arms, technology had to meet those needs. Such evolution demonstrates that guns are tools which satisfy societal requirements." --Dr. William L. Roberts, THE AMERICAN LIBERTY COLLECTION; #51