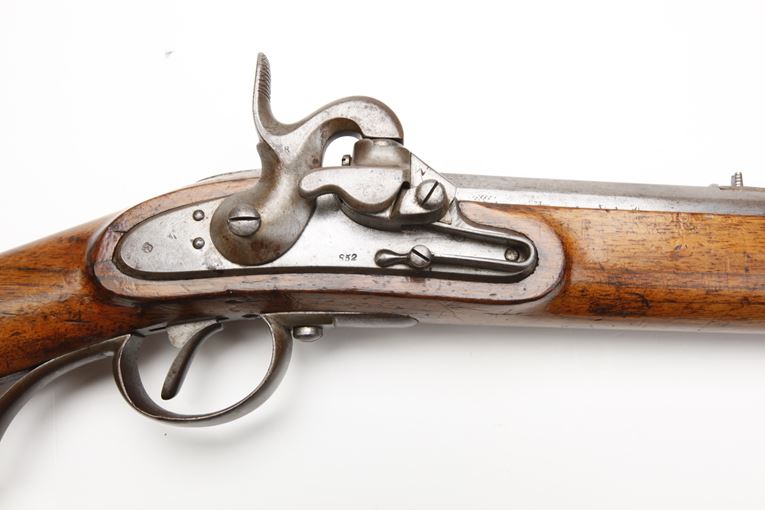 1835/1852 Furwith (Canada/Austria) Tube Lock Rifle (single-shot/ muzzle-loader/ black powder/ ball ammunition) Made in Austria but brought to Canada and the United States, this tube-lock" illustrates a transitional stage in the development of percussion ignition. Captain Joshua Shaw of Philadelphia worked on a tube-lock design as early as 1814. His locks were exported circa 1835 to Europe, where they became popular. Ferdi Furwith, a Vienna gunsmith, made this specimen in 1852. It demonstrates an early instance where American technology influenced European design. The Furwith tube-lock reflects Shaw's concept some 15 years after its inception. It also demonstrates the fickle nature of cultural acceptance with respect to technology. What was unacceptable to Americans in 1835 later found favor in Europe and Canada." --Dr. William L. Roberts, THE AMERICAN LIBERTY COLLECTION; #43