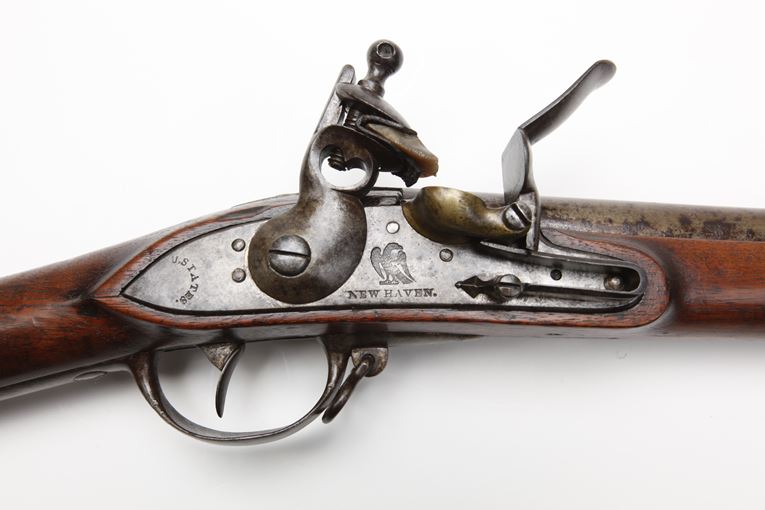 This musket is one of the first military guns to be manufactured utilizing Eli Whitney 's interchangeable parts concept.


Model 1798 Eli Whitney (U.S.) Contract Flint-lock Musket (single-shot/ muzzle-loading/ black powder/ ball ammunition) In 1798, a threat of war with France prompted Congress to begin arms manufacture using private contractors. New Haven, Connecticut resident Eli Whitney, the inventor of the cotton gin, was given a contract for 10,000 muskets. As the specimen shows, Whitney's arms incorporated features such as a brass pan that had previously been used by the French for the Model 1777 Musket. More importantly, he applied specialization of labor to his work. Instead of each arm being made individually, he standardized and assembled arms from the aggregate. This meant that parts would be interchangeable -- a watershed idea. Many authorities credit Whitney's attempts at the use of interchangeable parts as laying the foundation for the Industrial Revolution in America. When combined with the innovations of John Hall (see Case 33 gun #3, American Liberty Firearms Collection #39), this credit makes sense. --Dr. William L. Roberts, THE AMERICAN LIBERTY COLLECTION; #30