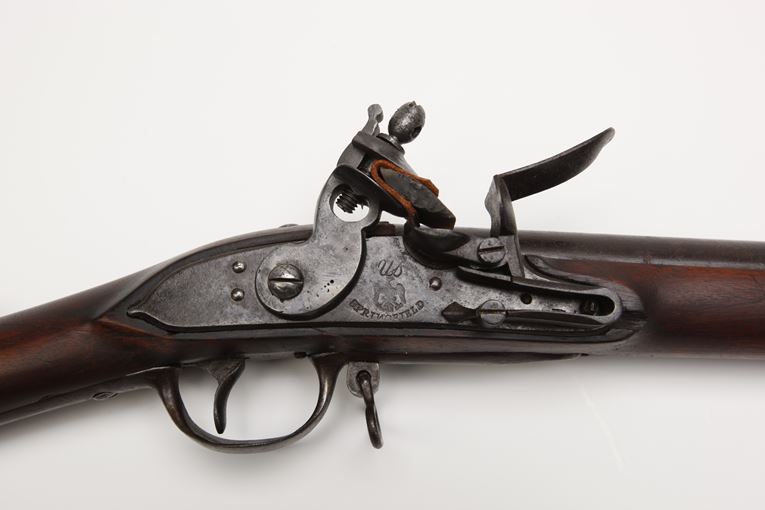 The Model 1795, patterned after the French Charleville musket, was the first U.S. martial arm to be produced at Springfield Armory. There are three basic types of Model 1795 musket that may be identified, and some features are common to all three. Type I muskets, including this example, were manufactured between 1799 and 1806.

Due to the hand workmanship of these longarms and the lack of clear definition in inspection and acceptance regulations on the part of the U.S. War Department, variations exist in configuration and markings. Approximately 85,000 Model 1795 muskets were manufactured at Springfield Armory between 1795 amd 1816.