Girardoni Air Rifle as used by Lewis and Clark 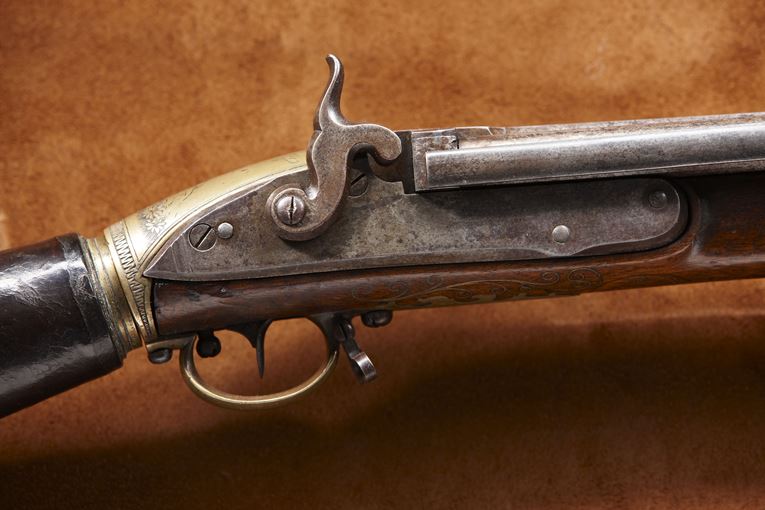 This 22-shot repeating air rifle is an original Girardoni military pattern rifle of the type used on the Lewis & Clark Expedition. It is a butt reservoir piece with a bore size of .462 caliber. Similar pieces were supplied by Bartolomeo Girardoni to the Austrian army circa 1780. As originally issued, each Girardoni air rifle had three detachable air reservoirs, each requiring about 1,500 strokes of a pump to completely pressurize the reservoir. Once filled to operating pressure (about 800 psi) the air rifle could fire up to 70 shots before the reservoir required replacing. A metal tube on the side of the barrel held up to 22 lead balls that could be fed one at a time to the firing chamber by a simple sideways push of a plunger. At a distance of 50 feet, this rifle is capable of placing ten shots into a group the size of a quarter.