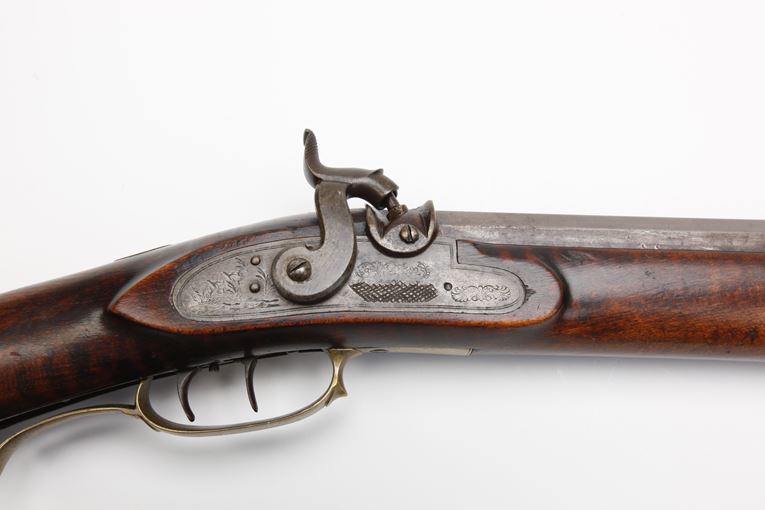 Larger caliber muzzleloading rifles were the hunting arm of choice for western-bound pioneers.


Circa 1850 Wurfflein (U.S.) Percussion Plains Rifle (single-shot/ muzzle-loading/ black powder/ ball ammunition)  All half-stock rifles were not made in St. Louis.  Makers in Philadelphia also started producing them as demand increased.  The half-stocks wanted by those pushing to the Pacific were compact, yet accurate and very deadly.  At .50 caliber, they could bring down a Commanche horse or a buffalo with one shot.  Carried on foot or on horseback, they were the best available rifle of the times.

Andrew Wurfflein of Philadelphia, famous in his own right, made this rifle in 1850.  It compares favorably with those made in St. Louis.  As usual, innovations in firearms technology continued to arise from frontier areas, where different needs were likely to arise.  In a similar manner, wartime emergencies would also tend to produce innovations based on need.   - Dr. William L. Roberts, THE AMERICAN LIBERTY COLLECTION; #60