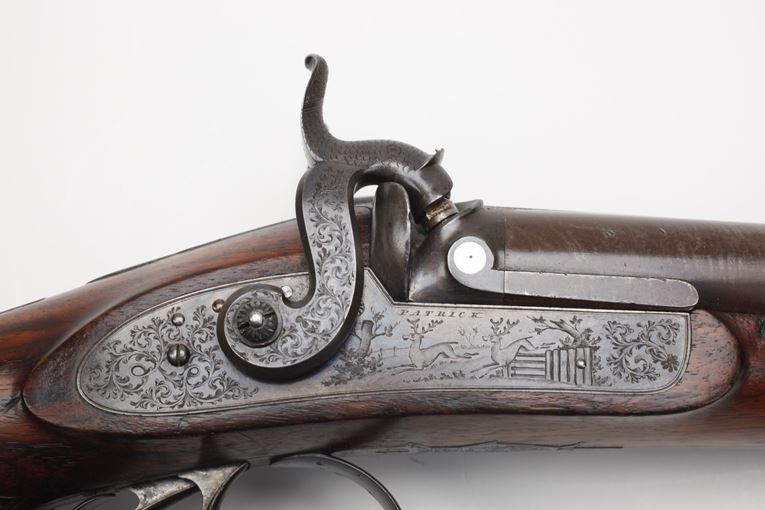 Double rifles required alignment or "regulation" so that each barrel shot to the same point of impact.

As symbolized by their firearms, America and England were both interested in the shooting sports.  In the 1840s, Canadian users of the double rifle probably hunted moose, bear, and elk.  Reciprocally, bear may have hunted the hunters, in which case a two-barreled gun would have been very desirable.    - Dr. William L. Roberts, THE AMERICAN LIBERTY COLLECTION; #46