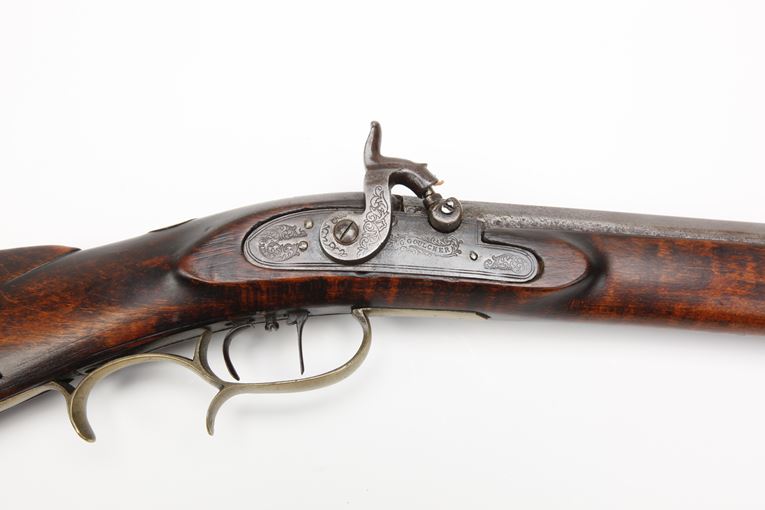 Goulcher made a wide range of components for the arms market that could be used by gunsmiths unable to produce their own parts.  The rifle itself was quite likely made in northeastern Virginia (now West Virginia).  It features a double-set trigger, wedged barrel, and an acorn finial on the patchbox.

These environments would require new martial and civilian firearms technology to enable soldiers and settlers to successfully deal with the challenges that faced them.  As frontiers in Canada and the United States continued to move westward, the evolution of firearms design would be forced to keep pace.  Mexico, on the other hand, was not expanding its frontiers, and its firearms design remained mostly status quo."    - Dr. William L. Roberts, THE AMERICAN LIBERTY COLLECTION; #48