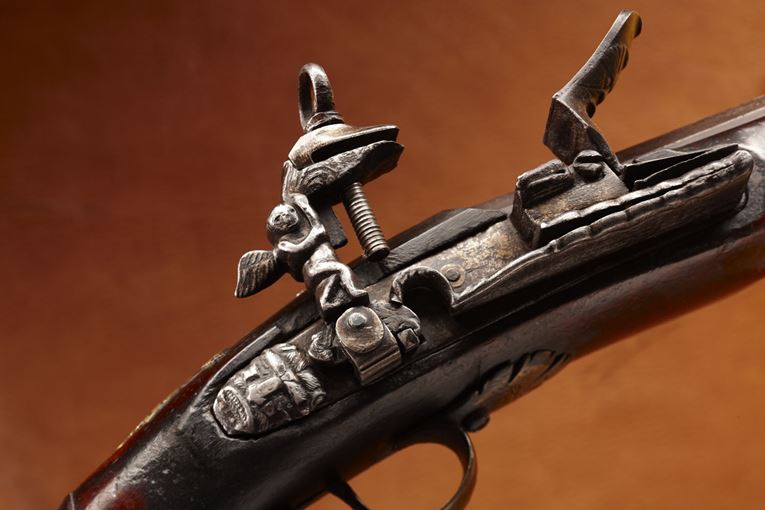 Both the stock and furniture of this blunderbuss bear pagan motifs with sexual overtones.


Mid-17th Century Spanish Colonial Miquelet-Lock Blunderbuss (single-shot/ muzzle-loading/ black powder/ shot ammunition) Originating in Spain circa 1670, this blunderbuss was later repaired in Vera Cruz or Mexico City, where Native Americans had been trained to refurbish firearms. Its furniture contains fertility symbols and faces of pagan gods. This one-of-a-kind arm is thought to represent an amalgam of fervent Christianity and Native lore, and the natives who repaired it are credited with including these characteristics. The gun's miquelet lock (with external mainspring and sears) strikes flint against a steel frizzen to create sparks. It can be fired in wet weather and is easily repaired. Its conical barrel is accurate only at close range, but it can be reloaded quickly. This example probably served Spanish militia cavalry on the northwestern frontier of Mexico. --Dr. William L. Roberts, THE AMERICAN LIBERTY COLLECTION; #8