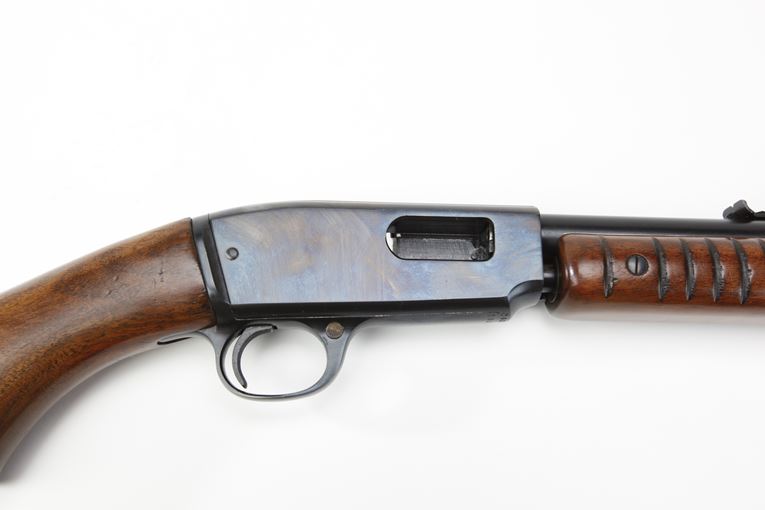 The Model 61 was produced to fill a need for a hammerless slide-action rimfire rifle. SN 240351


Winchester (U.S.) Model 61 Slide-Action Tube-Magazine Rifle (repeater/ breech-loading/ smokeless powder/ cartridge ammunition) In response to demand for a 'hammerless' rim fire slide-action rifle, the Winchester Model 61 was developed and placed on the market in 1932. Rim fire ammunition is discharged when the gun's hammer strikes the rim of the cartridge, which is filled with fulminate of mercury.