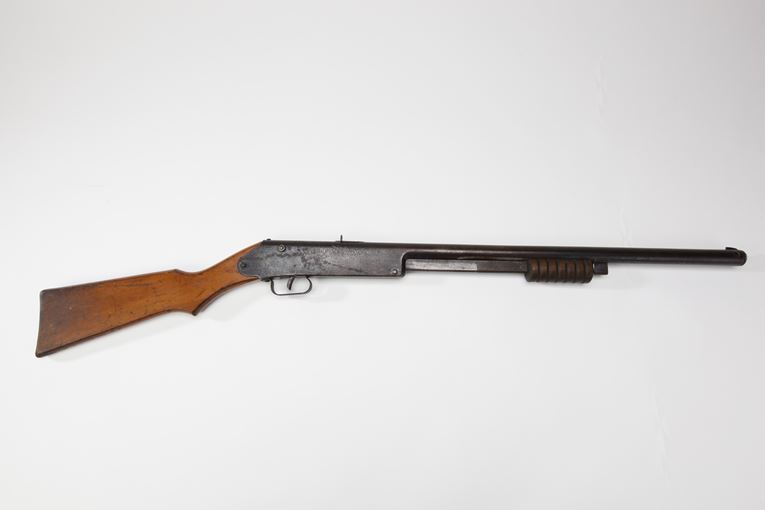 The Buck Jones Special was offered beginning in 1934 and featured a compass and sundial on the stock. The model was sold at the height of popularity for cowboy turned actor Buck Jones, who was then working in films with stars like Tom Mix. Jones, who had served on the Pershing Punitive Expedition with Mexico in 1916, died in 1942 while attempting to rescue patrons of the Coconut Grove Theater in Boston, MA during the tragic fire that claimed hundreds of lives.