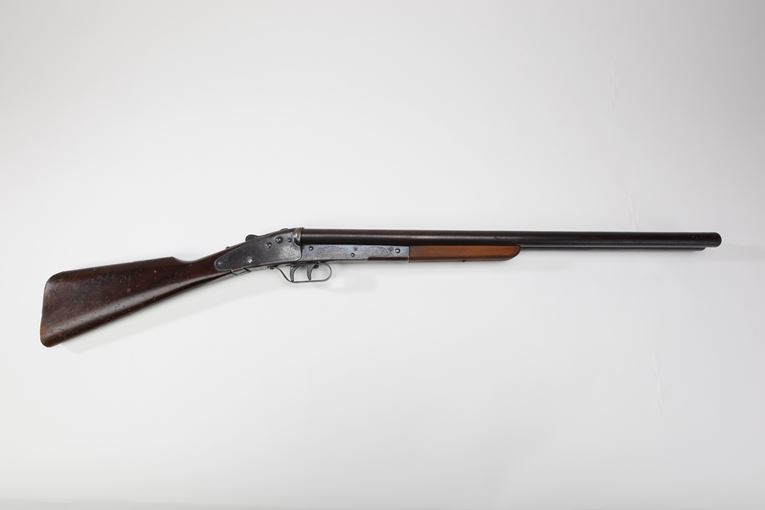 Introduced in 1940, this double-barrel repeating air gun featured a trombone action in which the gun opened in much the same was as a conventional sporting double. Tin surfaces were blued and stamped with scrollwork and hunting scenes, and the buttstock and fore end were both made from walnut. Twin loading tubes marked "L" and "R" each had a 48-shot capacity.


The Daisy story begins in Plymouth, Michigan, a town situated near Detroit, in the late 19th century. One of the first mass-produced American-made air rifles was the "Chicago", a wood-and-steel gun that was manufactured by the Markham Air Rifle Co. of Plymouth. Introduced in 1885, it set the trend toward training guns which could be mass produced and sold at low prices. Plymouth resident Clarence Hamilton worked as a watch and clock repairman.