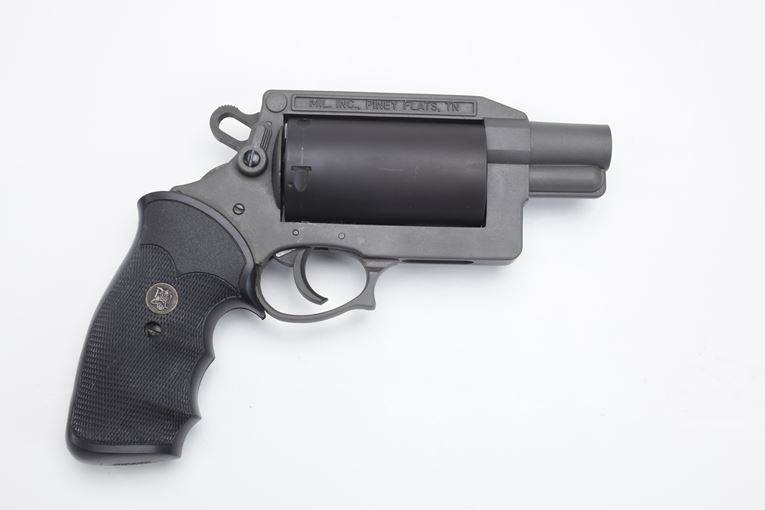 The Thunder Five revolver was chambered to accomodate .410 shotshells, but retained a rifled bore for .45 Colt cartridges. The handgun gained a mild notority after being presented in the film, "Three Kings," as a handgun smuggled to a Desert Storm military camp from home and used by a character as a personal defense arm. Built like a tank, the Thunder Five weighs 48 ounces.