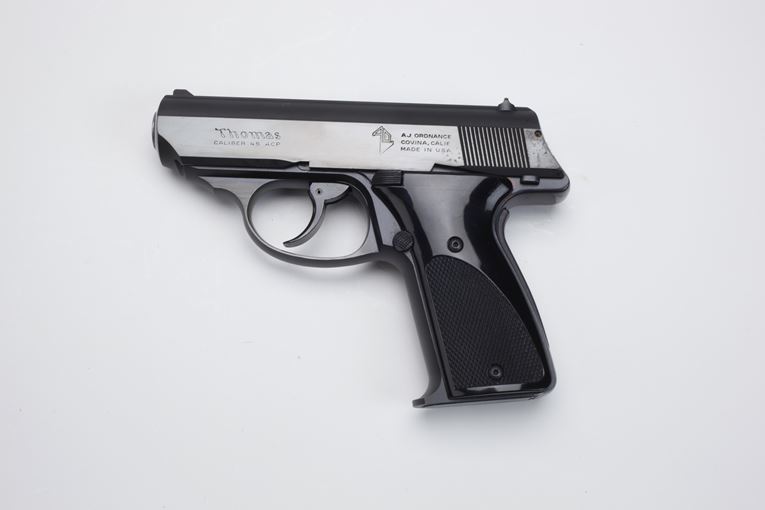 A 32-oz. semi-automatic pistol, the Thomas saw limited production, but offered a number of unique features. A blowback action, the hammerless Thomas was double-action only and featured a fixed stainless barrel - all custom features in 1971.


The Terrific Thomas Pistol: An American Double-action .45 The year is 1971. There are no double-action-only .45s, no hammerless, no fixed-barrel for great out-of-the-box accuracy, no compact models with good ergonomics, and none inherently safe without a conventional safety. Then Frank S. Thomas Jr. conceived this pistol embodying all of those features. Intended as a self-defense pistol, it is smaller and lighter weight than any other .45 automatic pistol at the time, weighing just 32 ounces. Ably assisted by his son, S. Seaton Thomas, the engineer/designer, both work tirelessly for several years to perfect the pistol design. And suceed they did. Two patents were issued covering the lockup mechanism and combination ejector-magazine safety in 1974.