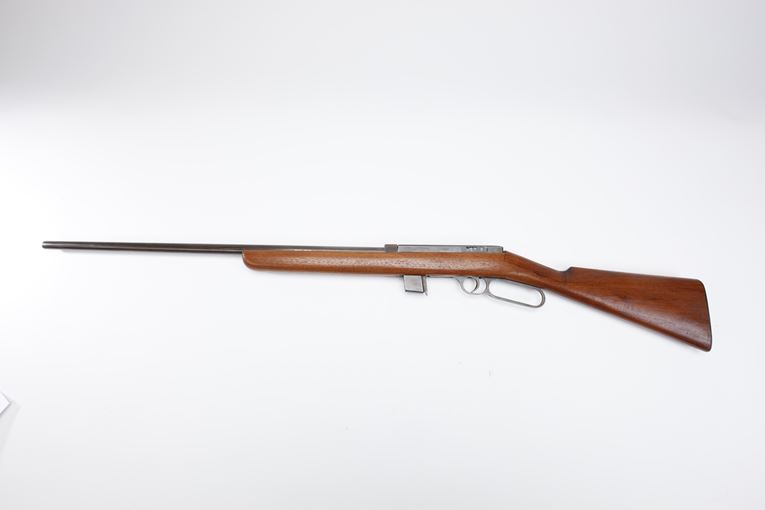 This Winchester rifle was converted by gunsmith Horace Warner to incorporate a 12 ga shotgun barrel on top of the rifled. The rifle was manufactured originally in 1884, but the year Warner altered it is not known. A rifle identical to this example is shown in Ned Roberts' The Muzzleloading Cap Lock Rifle book.


A 25 inch round barrel in .38-40 chambering was the original configuration for this long arm, but Horace Warner, a maker of percussion target rifles, decided to add a smoothbore, single-shot barrel. The sights for the rifled barrel were moved on top of the smoothbore barrel for visibility. The conversion allows the hammer of the rifle to hit the firing pin in the shotgun breech by an extension of the rods that serve as alignment points for the action cover.