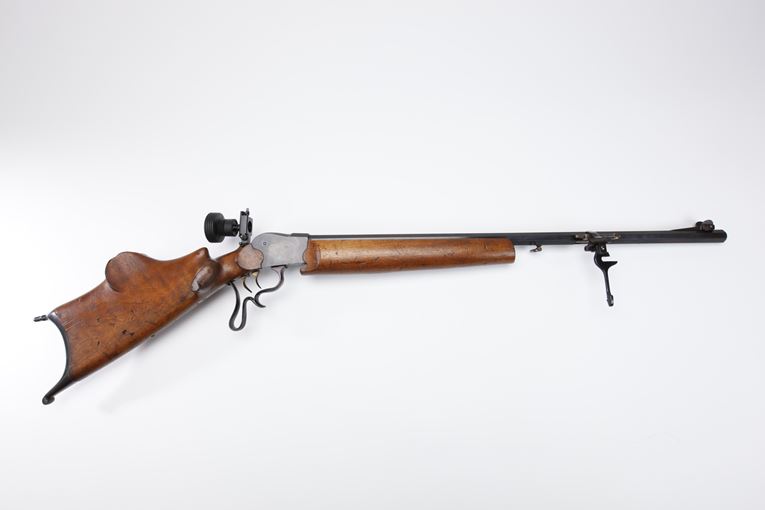 Made for indoor target shooting with a reduced power cartridge, this rifle incorporates a Stiegele loading mechanism on the barrel. The short rifle section of the barrel was intended to be used with a target cartridge for indoor shooting activities.


During the latter years of the 19th century, medium-range Schuetzen (offhand) matches became very popular. A typical off-hand rifle of that period was fitted with an adjustable palm rest below the forearm. The palm rest often could be swung to a vertical position for firing, with the ball or grip piece held in the shooter's hand. The shooter's elbow was braced against his hip to provide the necessary steadiness in the off-hand position.