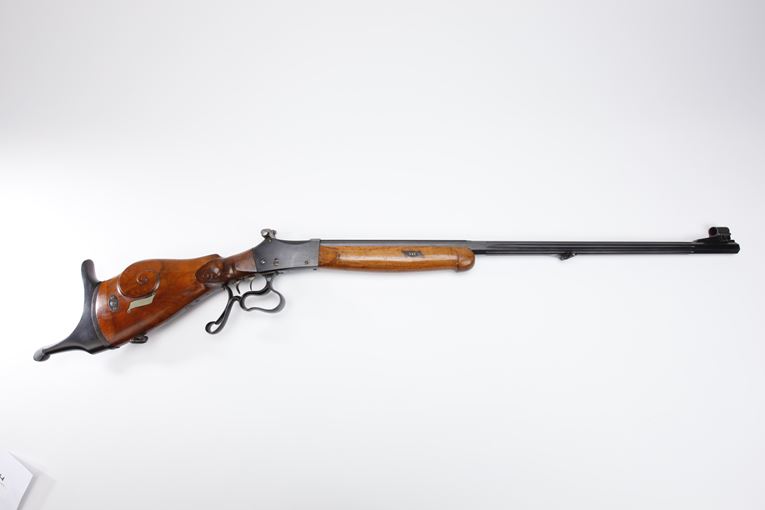 For international competition shooting in the free rifle category, no restrictions exist other than weight and caliber, allowing shooters to exercise personal choice in stock and trigger options. Peabody-Martini rifles were made c.1875-1880s.