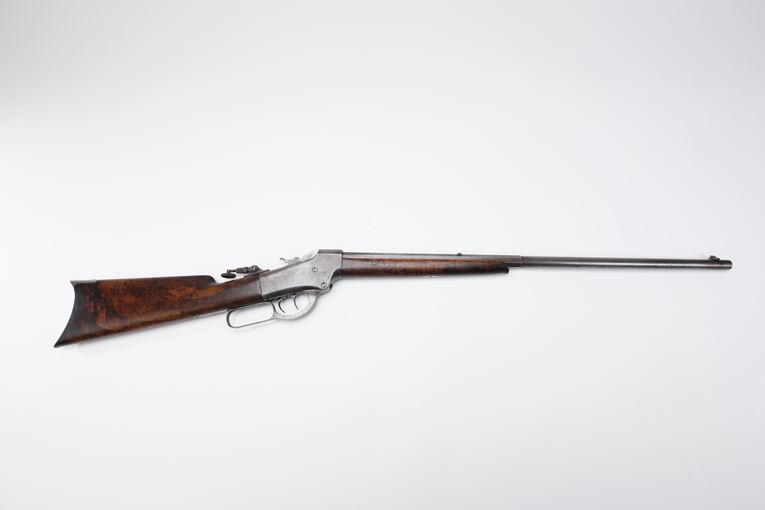 This single shot rifle is one of six known to be produced by telescopic sight manufacturer John Redfield.