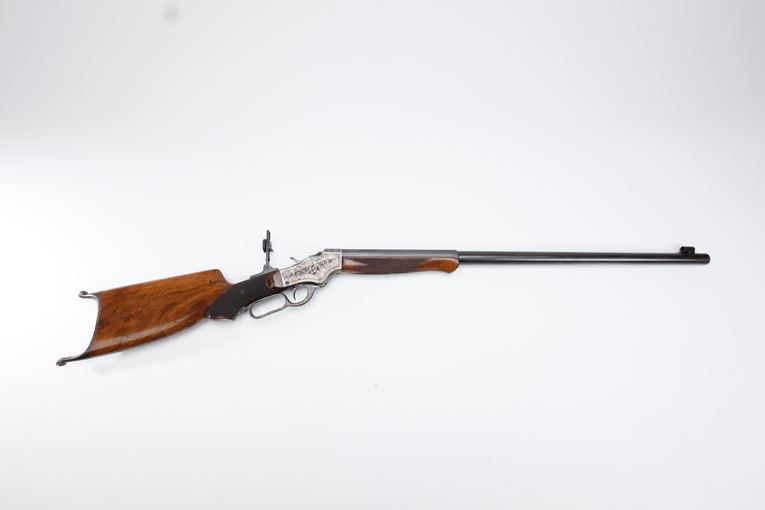 Stevens offered the Walnut Hill rifle from 1895 through 1930 in a variety of target configurations, including this schuetzen model with part-octagonal barrel. SN 11476