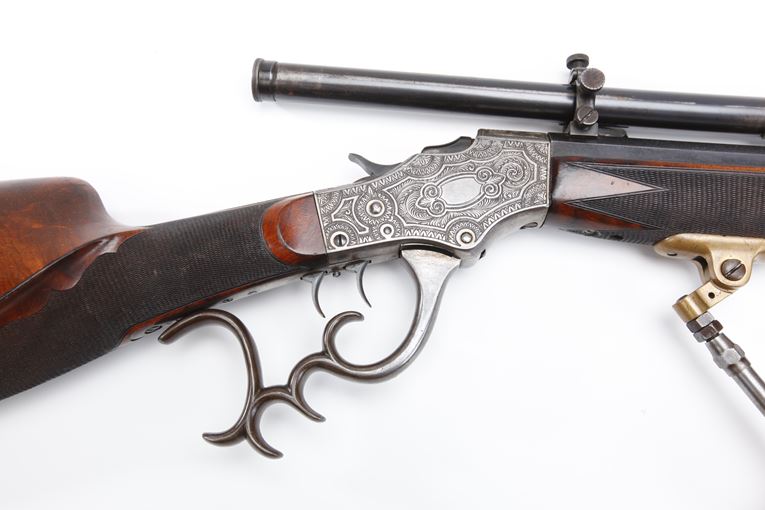 THE STEVENS NO. 44 SINGLE SHOT RIFLE WAS MANUFACTURED C. 1894-1933. THIS EXAMPLE WAS REBARRELED BY MASTER GUNSMITH HARRY POPE AND FITTED WITH A SCHUETZEN STYLE BUTTPLATE, PALM REST AND TELESCOPIC SIGHT.