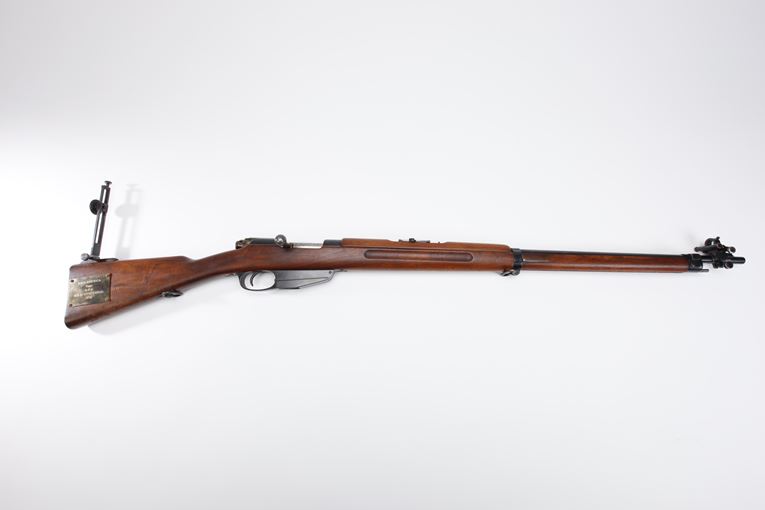 This rifle was used in the September 6, 1901 match at Sea Girt, New Jersey, between an Ulster (Ireland) team and the New Jersey Rifle Association. The Ulster team won the match with a score of 1620 points, besting their American hosts by 11 points. The rifle was presented to the N.R.A. by Sir Ronald Melville, K.C.B., Chairman of Council, National Rifle Association of Great Britain, after the completion of the 1976 Palma Match. SN 31418