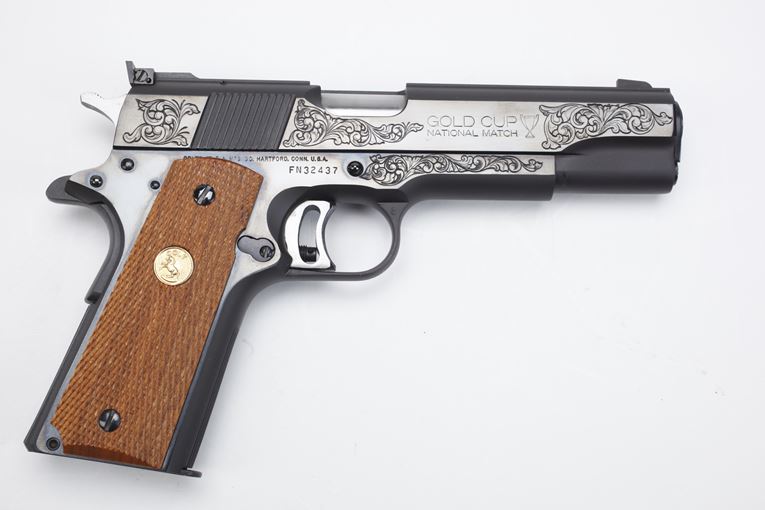 This engraved handgun was destined to be the 1990 Pistol Trophy, but inclement weather forced the cancellation of the match for the first time in Camp Perry competitive history. SN FN32437

The 1957 sights were higher (.395 rear and .295 front) and the 1958 sights at .458 and .358 were higher yet. 1961 saw the introduction of an adjustable commercial rear sight in the Micro sight, which was replaced by the Elliason-type rear sight in 1963. While some National Match pistols were sold each year to National Match competitors and to others eligible to purchase from the Director of Civilian Marksmanship, those remaining in government control were generally returned to Springfield Armory each year for rebuild to new specifications. Shooters who purchased these pistols, in many cases, have had them modified to incorporate the latest improvements. Thus, early National Match pistols in their original configuration are relatively rare.