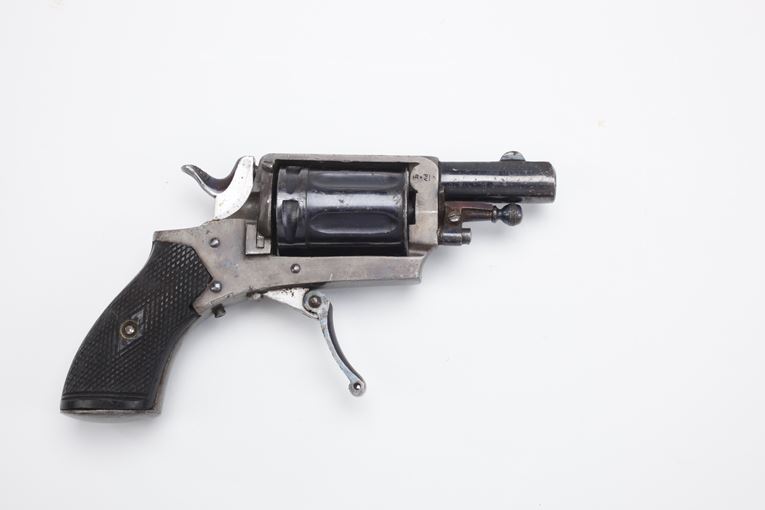 The Velo-Dog revolver was introduced in 1894 to allow a bicyclist to protect himself from pursuing dogs. The cartridge, which is a centerfire .22 of slightly less power than a .22 Long Rifle, was responsible for a change in the NRA Pistol Rules. Col. Charles Askins, a leading pistol competitor, had a Colt Woodsman .22 cal. pistol modified to fire this cartridge and used it in NRA Center Fire matches. The NRA promptly changed the applicable rule from "any center fire cartridge" to "any center fire cartridge .32 caliber or larger."