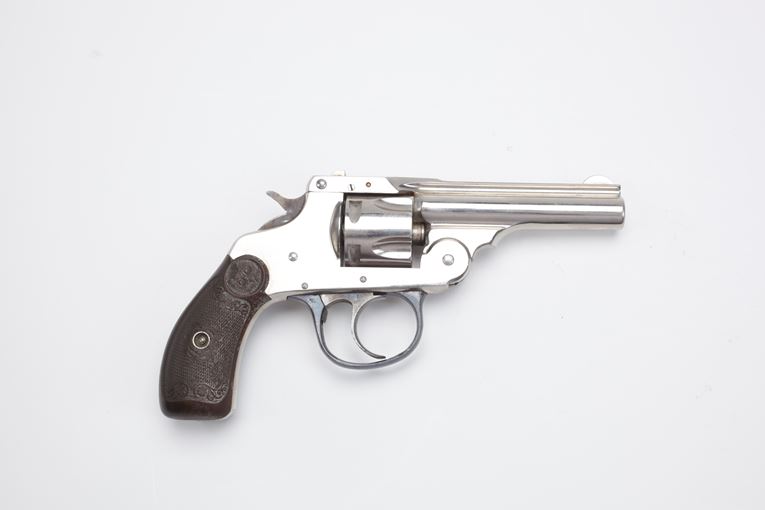 Iver Johnson Arms was founded in Fitchburg, Massachusetts in 1883. During the late 19th and early 20th centuries, this firm was one of the most prolific U.S. manufacturers of small, inexpensive handguns. SN 11017