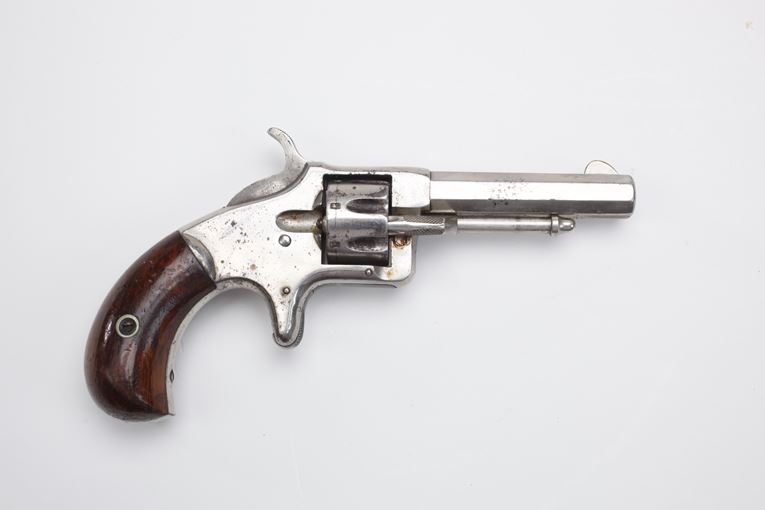 Wesson & Harrington, a forerunner to Harrington & Richardson, was established in 1871. The firm's founders, Frank Wesson and Gilbert Harrington, originally produced and marketed spur-trigger pocket revolvers. Wesson was also a manufacturer of single-shot rifles and tip-up pistols. In addition, he shared a patent with Nathan Harrington, Gilbert's uncle, for a breech system that was used in Wesson firearms. When Wesson & Harrington dissolved their partnership in 1875, Wesson continued with his manufacturing pursuits, while Harrington formed a partnership with former employee William A. Richardson. SN 5792