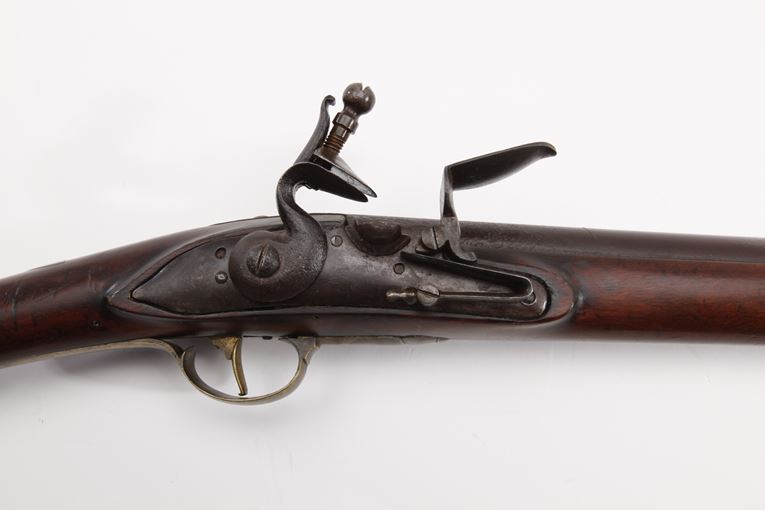 
Circa 1775 English Colonial Committee of Safety Flint-lock Musket (single-shot/ muzzle-loading/ black powder/ ball ammunition)  Most Committee of Safety (colonial war council) muskets such as this example, rarely have their maker name on them if manufactured during wartime, since this was a treasonous act.  These American-made muskets are essentially copies of the British Brown Bess," having the same style of lock, stock, and .75 caliber barrels with pinned mountings.

These colonial guns symbolized the fervor or militia "Minutemen" for American liberty and were originally the Continental Army's shoulder arm in the war against Britian and King George III.  Eventually, French muskets became the standard U.S. arm due to their greater numbers.  As the new States came together to form a single unit, Committee of Safety muskets "spoke out" for freedom."     --Dr. William L. Roberts, THE AMERICAN LIBERTY COLLECTION; #22