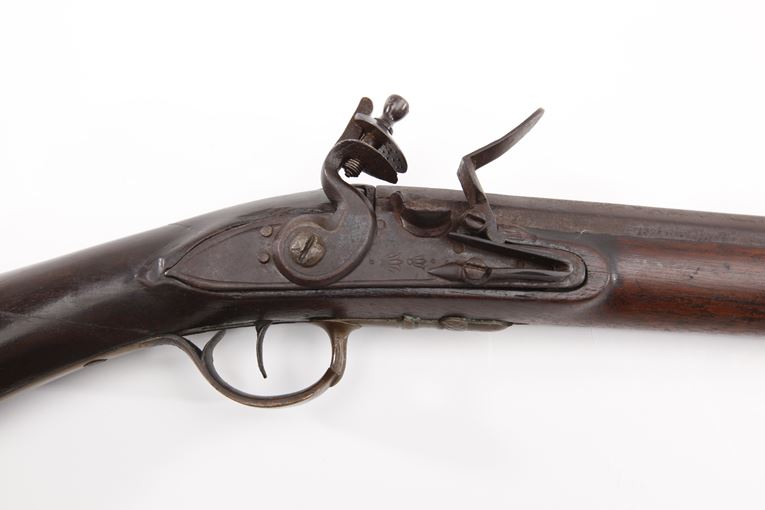 Muskets of this pattern were often exchanged or traded for fur pelts and other commodities.


Circa 1750 Dutch/English New York Colonial Fur Trade Club Butt Flint-lock Musket (single-shot/ muzzle-loading/ black powder/ ball ammunition) By 1750, England had consolidated an empire known as Great Britain." On the southern frontier of its American colonies, agriculturally-oriented Georgia rounded out the original thirteen. All of the southern colonies were agrarian in nature. In the northwest, the frontier of French Canada was moving toward the Great Lakes. Meanwhile, the settled British north was becoming industrialized. This different growth was due to unique social, cultural, and physical environments. New England was able to manufacture firearms because of its social organization, cultural technology, and physical resources. The display gun was produced in a central British colony for similar reasons. Made for Native American fur trading, these guns armed the natives, but also helped create an industry that would aid the United States' fervor for independence." --Dr. William L. Roberts, THE AMERICAN LIBERTY COLLECTION; #15