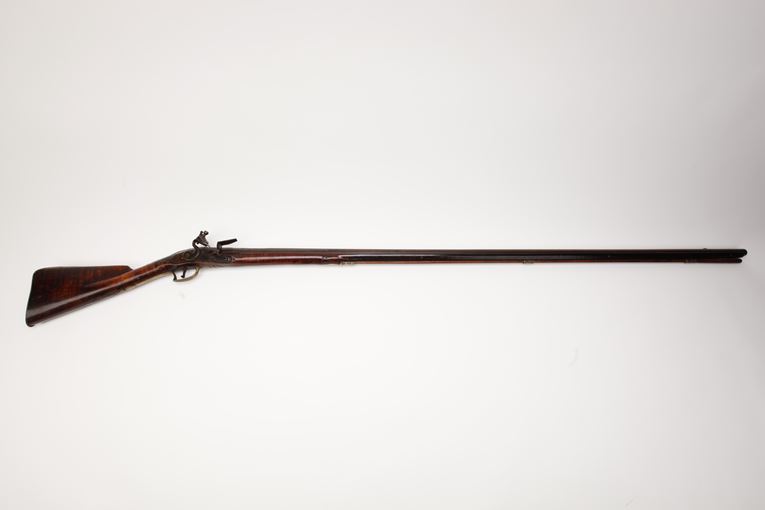 
Late 17th Century Dutch/English Central Colonial/Hudson River Flint-lock Long Fowler (single-shot/ muzzle-loading/ black powder/ shot ammunition) Dutch (and some Swedish) colonists settled in New York and New Jersey early in the 17th century. Dutch commerce included trade of firearms with Natives. England resented this commerce, thereby leading to a benign English takeover of Dutch territory at the end of the century. Fabricated in America circa 1680, the gun's French-type lock strikes flint on steel to create sparks. It can be fired in the rain and is simple to repair. Its barrel is fairly quick to load and is accurate at close range. This specimen has been re-stocked with New England carved wood. It most likely served in hunting and defensive roles in the Hudson River valley, where the Dutch fur traders remained a powerful influence even after the English had taken control of the region. --Dr. William L. Roberts, THE AMERICAN LIBERTY COLLECTION; #9