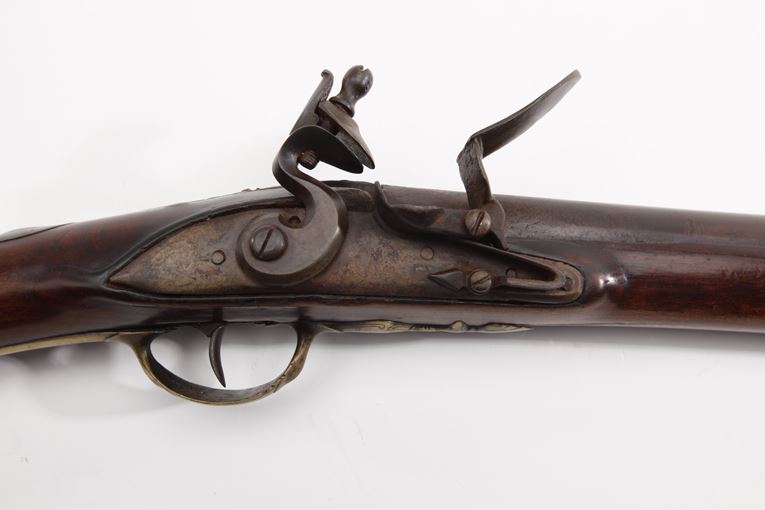 Firearms of this type were used by French traders to help expand their settlements and fur trade in the St. Lawrence River and Great Lakes regions of Canada, and along the Mississippi River.


Late 17th Century French Colonial Fur Trade Flint-lock Fusil  (single-shot/ muzzle-loading/ black powder/ ball ammunition)  By 1615, the French had invenew type of firearm lock whose features would become almost universally adopted.  Its mainspring is covered and its L"-shaped frizzen serves as a lid for the firing pan.  When struck by the flint held in the jaws of the cock, the frizzen flips open, allowing the sparks to ignite the powder in the pan.

This circa 1690 fusil (small musket) was moderately expensive to make, but fairly simple to repair.  It was also accurate at close range, and could be loaded quickly and fired in wet weather.  French traders may have used it to help expand their settlements and fur trade along the St. Lawrence River and the Great Lakes, westward into Canada, and to the south along the Mississippi River."     --Dr. William L. Roberts, THE AMERICAN LIBERTY COLLECTION; #10