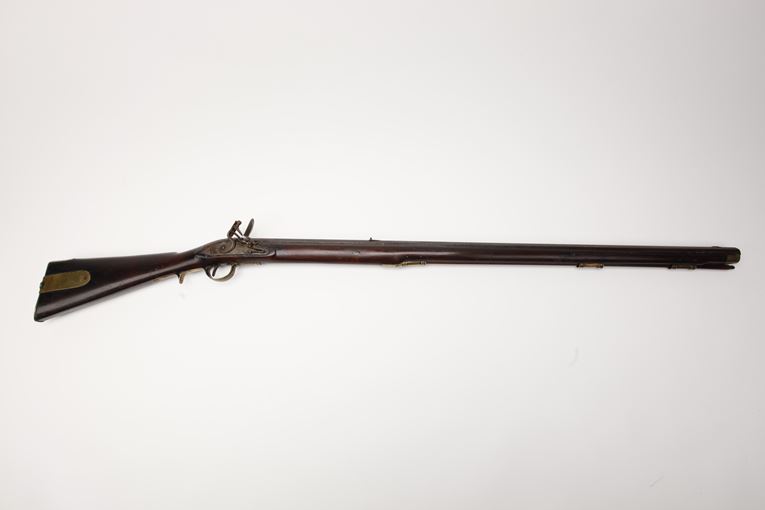 Rifles of this type were provided by Britain to her Indian allies during the War of 1812.


Circa 1815 Ketland & Allport (Canada/England) Fur Trade Flint-lock Rifle (single-shot/ muzzle-loading/ black powder/ ball ammunition) After the United States had become an independent nation, England began building a second empire in Canada and India. The rifle displayed here aided in the construction of this empire by serving as a tool in the expansion of Canada's frontier. To the north and west of the Great Lakes lay vast areas of territory with equally vast potential for development. The Canadian fur trade, dominated by the Hudson's Bay Company, moved into these new territories and built a broad economic base. Fur trade brought immediate gain upon which longer-lasting agricultural pursuits could be founded. Accordingly, Canada would remain closely connected to England for fur processing and for agricultural marketing. One stubborn cultural problem would persist, however; Quebec was founded by the French. When this territory was lost by France, unrest between English and French Canadians resulted. --Dr. William L. Roberts, THE AMERICAN LIBERTY COLLECTION; #35