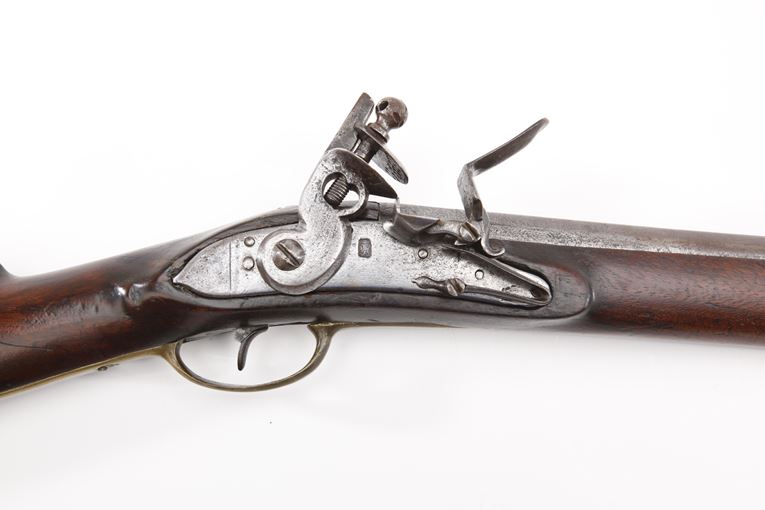 This modified musket is of the type associated with American troops on the western frontier.


Model 1752 Continental/Spanish Northwestern Colonial Flint-lock Carbine (single-shot/ muzzle-loading/ black powder/ ball ammunition) Colonial friction developed between France and Great Britain. The last French and Indian War in 1755 was a result. Realizing that they might lose this war, France retained Canada, but turned over their Mississippi River Valley holdings, called Louisiana," to a non-belligerent ally, Spain. When France lost Canada to the British, Spain continued to control Louisiana until the start of the American Revolution in 1775. Then France and Spain joined to help the colonists obtain liberty. One way in which Spain helped was to give carbines (short rifles) to the revolutionaries. George Rogers Clark received these arms and applied them against the British on the northwestern frontier. With them, he was able to prevent Britain from holding the Ohio and Mississippi River valleys, thus allowing the United States' westward growth to proceed." --Dr. William L. Roberts, THE AMERICAN LIBERTY COLLECTION; #16