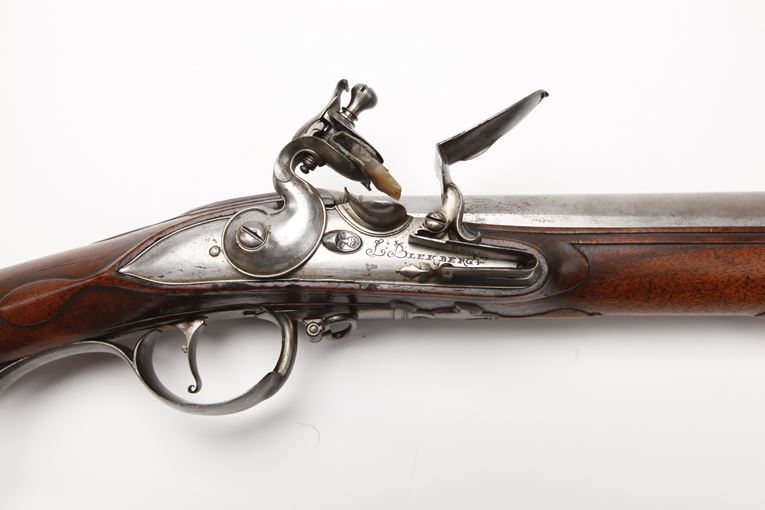 Lightweight flintlocks were called fusils to distinguish them from heavier muskets.


Circa 1700 Swedish Colonial Flint-lock Hunting Fusil (single-shot/ muzzle-loading/ black powder/ ball ammunition) This gun was produced in Sweden around 1700 by Johann Blekberg. At about the same time, Swedish colonists were settling the western area of present-day New Jersey, and guns of this type were an important tool in that activity. This firearm employs a true French-style lock, a smoothbore barrel, and carved stock. It was used for hunting and for protection. For additional protection, the Swedes trained the Native Mohawks in the art of European warfare. Such training had far-reaching effects. The Iroquois Nation, of which the Mohawks were a part, stood with the British colonies against the French in several wars that followed. Even later, the Iroquois would support Great Britain during her fight to retain control over the thirteen rebellious colonies that eventually became the United States. --Dr. William L. Roberts, THE AMERICAN LIBERTY COLLECTION; #11