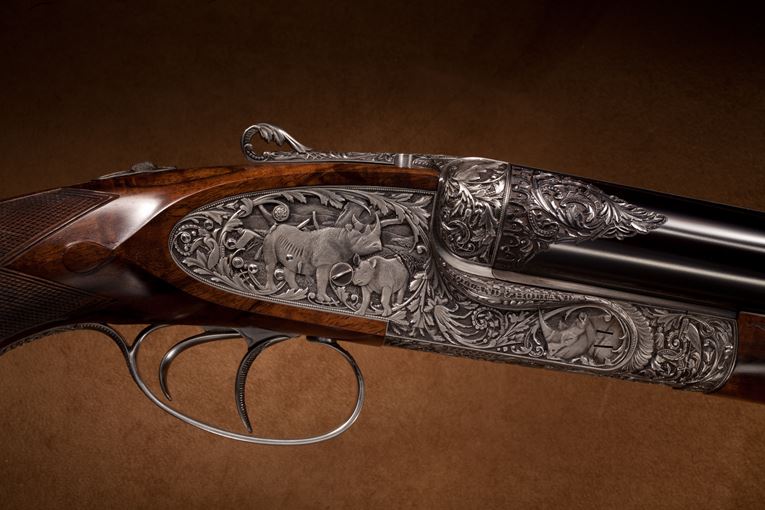 
Holland & Holland was approached by collector/hunter William Feldstein to build rifles based on a .700 cartridge developed by Feldstein and Jim Bell.  While H&H had ceased production of .600 Nitro Express rifles, the scaled-up .700 cartridge, in platforms like this Philippe Grifnee engraved double rifle, sparked enough interest in shooters that even production of the .600 Nitro Express rifles resumed.