Purdey Side by Side Shotgun (Gift from King Edward VII to the Shah) - 12 ga. 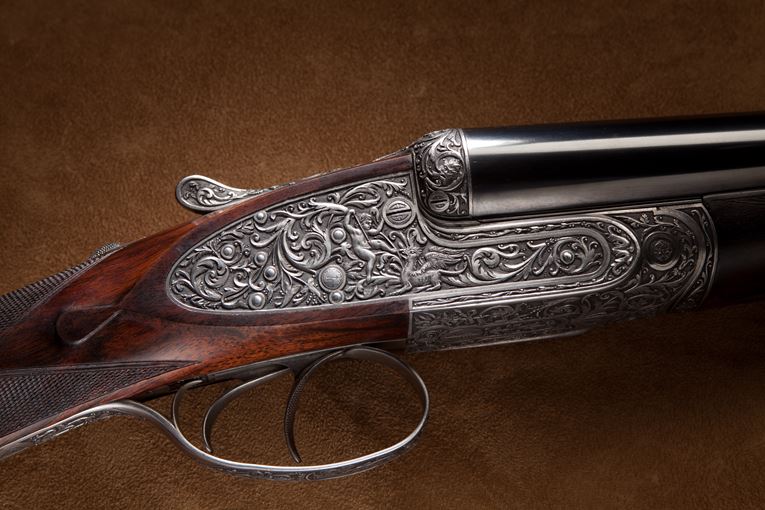 This shotgun was a gift from King Edward VII to the Shah of Persia, in the tradition of royal presentations of the finest arms.  The case is marked "From the Royal Family to H. M. Shah Nasru-ed-din of Persia", and may be from a later period than the gun itself.  The engraving is attributed to Messer. Barre', one of the most celebrated engravers of the late 19th Century, and former engraver for the French mint.