Stephen Grant Side by Side Shotguns - 12 ga. 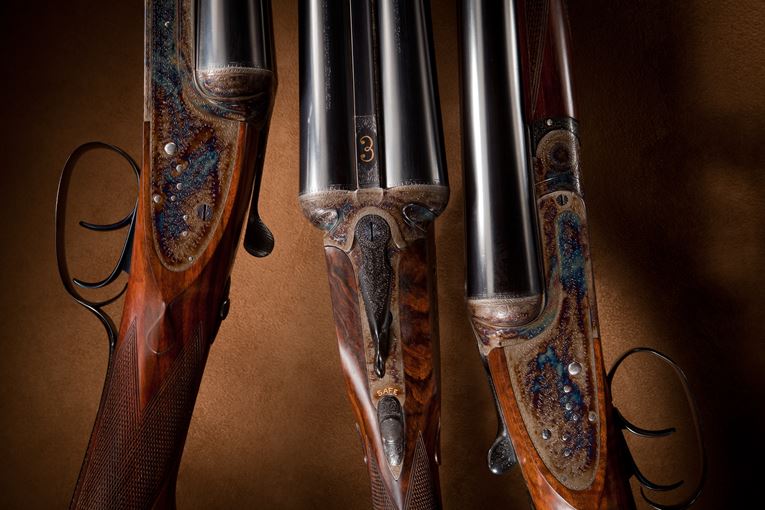 This set of three Stephen Grant, 12-gauge, side-by-side shotguns have new-14 5/8" straight grip stock from the front trigger to the checkered butt. The barrels are 28" long and still carry a recent reproof with still 2-½" markings. The guns are completed refurbished and are presented in an unusual and elegant oak and leather casing.


Stephen Grant was apprenticed to Kavanagh of Dublin before working with Charles Lancaster and Thomas Boss in London. He was a partner of Thomas Boss, but went into business for himself after Boss died in 1865 (Boss & Co was continued by Boss's nephew). The company later became Grant & Lang, then Atkin, Grant & Lang. By the time it closed altogether, the firm had incorporated Churchill, Harrison & Hussey, Lancaster, Watson, and Beesley.