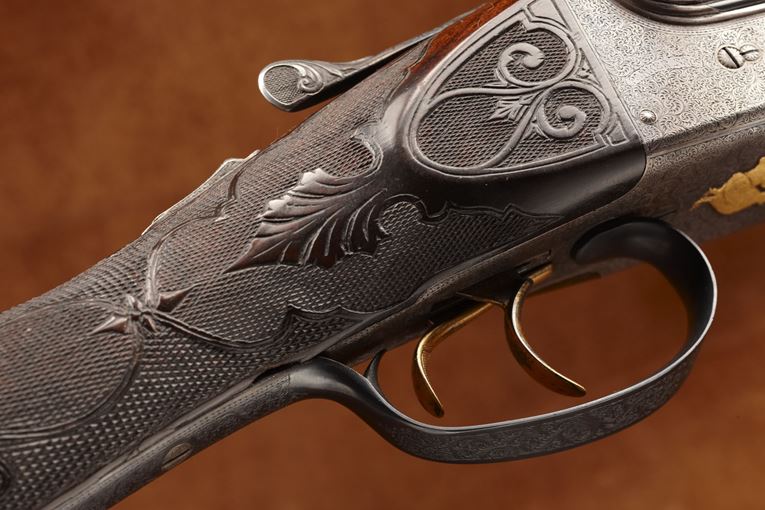 One of three Parker Invincibles, this engraved shotgun features three bird inlays in gold and a gold plate bearing the initials of a former owner. It also has an ivory front sight bead. This shotgun model was the flagship of the Parker product line.