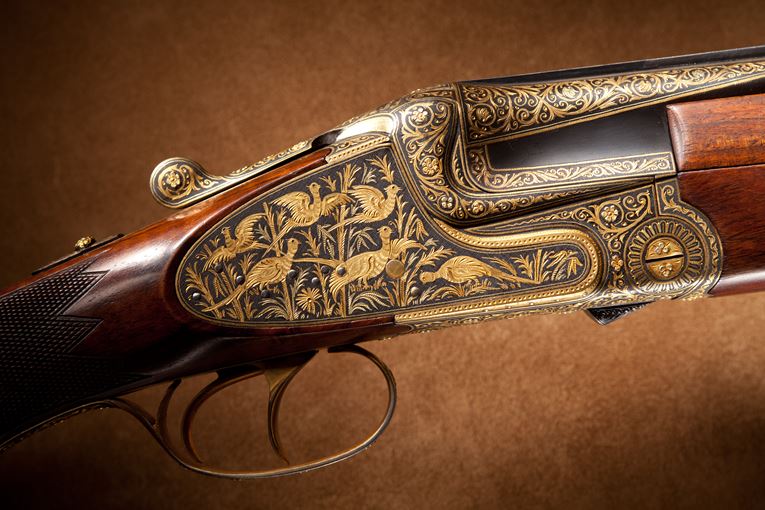 This remarkable shotgun was a gift to Reichsmarschall Hermann Göring (1893-1946) given to him at his famed hunting lodge Carinhall, in 1937. Göring was an ace fighter pilot in WWI. Having flown with von Richthofen's Flying Circus, he was a recipient of the Pour le Merite (Blue Max). He was an early supporter of Adolph Hitler's Nazi Party and eventually became head of the Luftwaffe and Hitler's designated successor. Captured in Bavaria in May, 1945 he was convicted of war crimes at the Nuremberg trials, but committed suicide before he could be executed.

This exceptional shotgun includes cased accessories such as Göring's Field Marshall's epaulettes and an embossed cigar case. One of hundreds of firearms "liberated" from various Göring estates, this stunning Merkel was a gift from General of the Army Dwight D. Eisenhower to General of the Armies John J. Pershing in June of 1945.