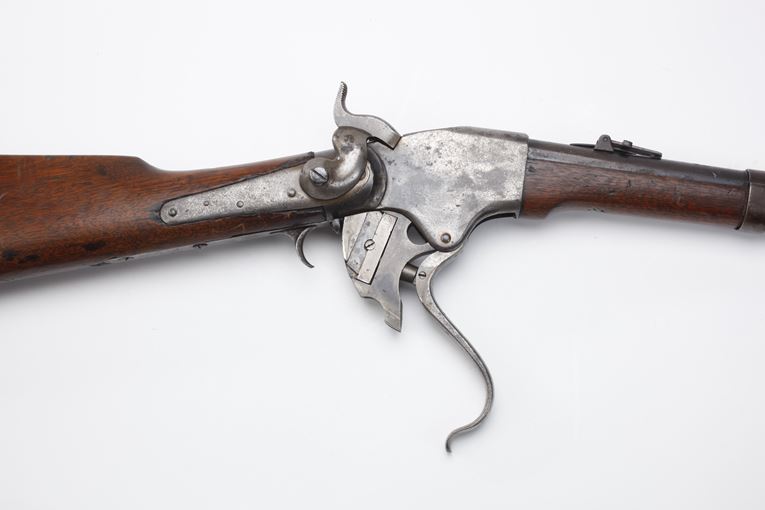 Both Spencer and Burnside carbines were manufactured by the Burnside Rifle Company. Spencer-manufactured models featured six-groove rifling, while those made under contract by Burnside in 1865, as well as post-war armory conversions, used three-groove rifling. Spencer carbines came into use in mid-1863 and by war's end, they had become established as the dominant cavalry arm of the Union Army. Spencers continued to see action on the frontier during the Indian Wars. After the Civil War, Spencers were armory-modified from their original .52 caliber to accept .50 caliber ammunition. SN 14314