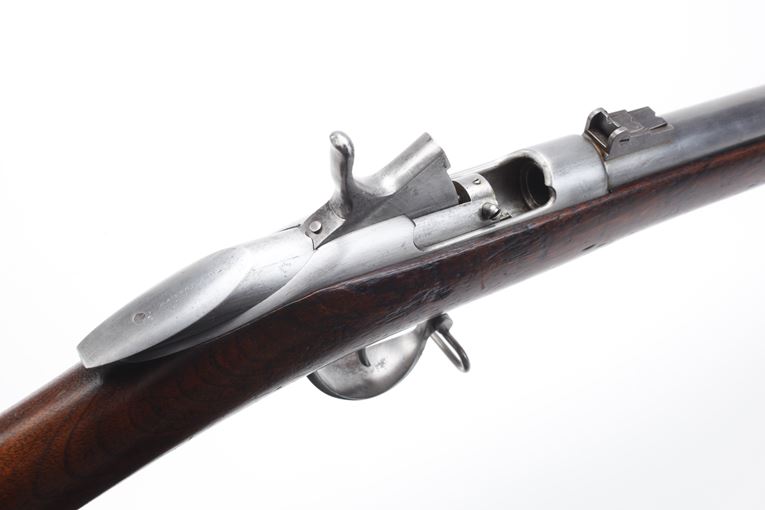 This straight-pull design was tested by the Army in 1872 but was rejected due to poor extraction and misfires.


Following the Civil War, Massachusetts inventor Benjamin Franklin Joslyn developed a new and unique single-shot straight-pull breech mechanism. Unlike other straight-pull actions, Joslyn's design did not incorporate a rotating locking bolt. Instead, the falling hammer both struck the firing pin and engaged a mortise in the receiver, thus locking the action shut when the rifle was fired. By simply cocking the hammer, a shooter both unlocked and opened the breech and ejected the spent cartridge case. A new cartridge could then be loaded and the breech pushed forward until it engaged a spring-loaded detent. This example is the inventor's model that was tested in 1870 and granted U.S. patent #109,218 and British patent #3050. Joslyn contracted with the firm of Tomes, Melvain, & Co. to promote his new invention, hence the name Joslyn-Tomes. This design was tested by the Army in 1872 but was rejected due to poor extraction and misfires.