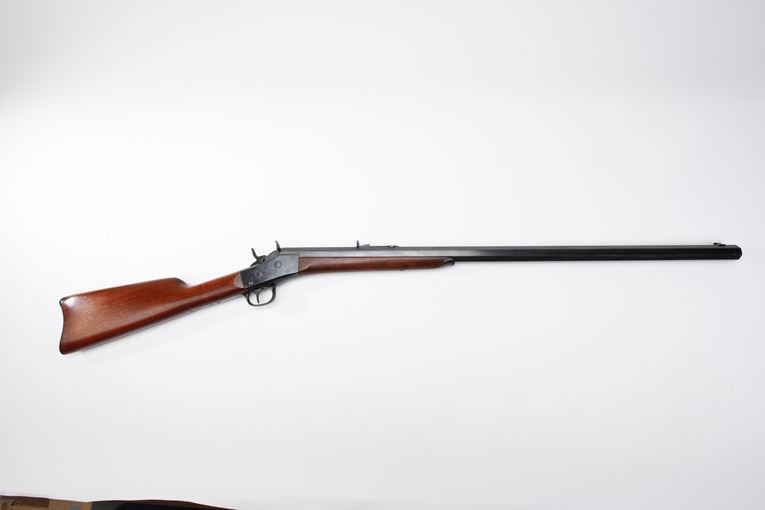 Although chambered for military cartridges, many Remingtons were also used by civilian buyers. The No. 1 Rolling Block was produced c. 1868-1888. SN 7462

After the Civil War, a rush of settlers moves west of the Mississippi. Meat and hides were sought. Buffalo provided both of these, and a gun that could kill buffalo with one shot was needed. In 1868, Remington Arms Co. of Ilion, New York filled this need with their Sporting Rifle No. 1. This rifle featured one of the strongest receivers ever made. Called a rolling block," it rotates at its breech a large round block behind a cartridge. A large, round hammer, in turn, supports the block. Firing a .45-70 cartridge, the rifle can bring down almost anything at long range. The Remington No. 1 was among the most prolifically-produced firearms of its time."