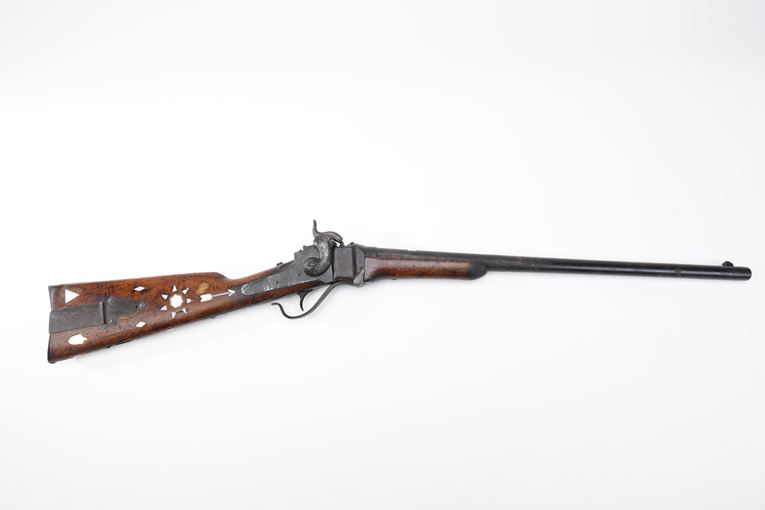 This Sharps carbine was captured by Native Americans and later ornamented with bone and shell inlays. Like many of these arms, the tang of the receiver was broken during its service and crudely repaired.