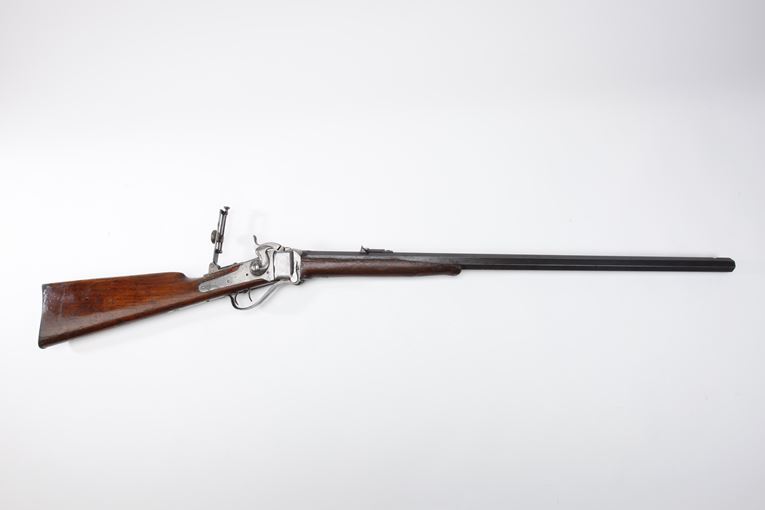 The manufacture of the Sharps Model 1874 Rifle actually began in 1871 and continued for ten years. These rifles were available in a variety of features and calibers. By the late 1870s, the Sharps Rifle Company was in poor financial condition due to unsuccessful business ventures, and even the quality and reputation of its products was not enough to stave off bankruptcy. This lesser-quality "A-marked" Sharps rifle was assembled from leftover parts and was sold in 1879. SN 200013