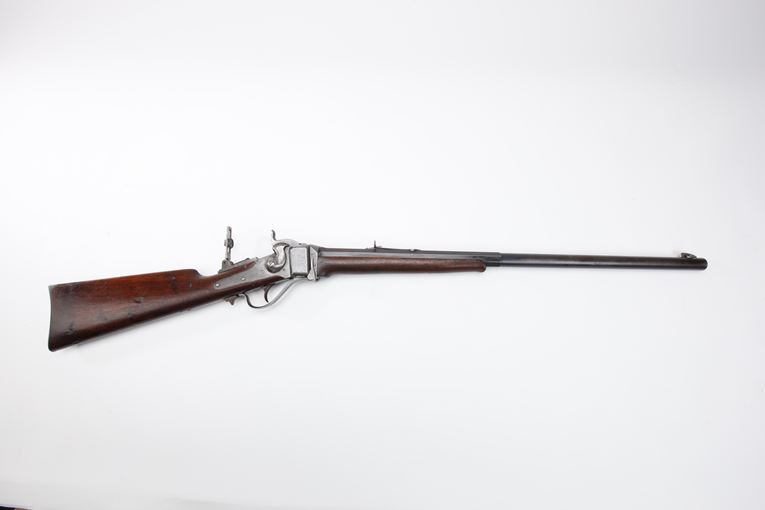 The Sharps trademark "Old Reliable" was added to barrel markings in 1876 and is typically found only on rifles manufactured in Bridgeport, Connecticut. Its presence on Hartford-manufactured rifles indicates that these arms were manufactured from leftover parts. Many Sharps cartridge rifles were built up from former percussion receivers and lockplates. These conversions were easily and inexpensively done; for approximately $1.50 per rifle, the breechblock was replaced with a new design, and the barrel was re-lined.