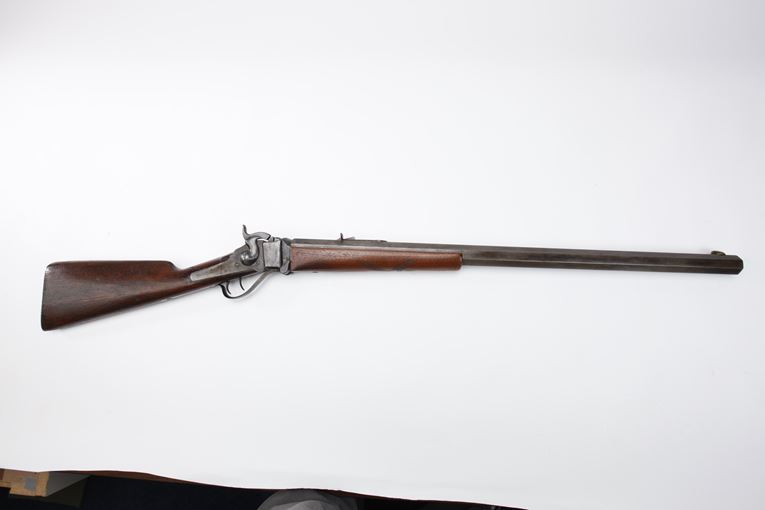 Sharps rifles were a favorite among professional buffalo hunters due to their great long-range accuracy. This was an important consideration as many hunters preferred to shoot over great distances to lessen the sound of gunshots that could cause a stampede. The Sharps trademark "Old Reliable" became associated with high-quality firearms to such a degree that when Sharps went bankrupt in 1881, Parker Brothers, a well-known manufacturer of shotguns, began using this term to describe its products. Sharps company records indicate that this rifle was shipped to the firm of Conrad & Rath of Ft. Griffin, Texas in 1877. SN 162095