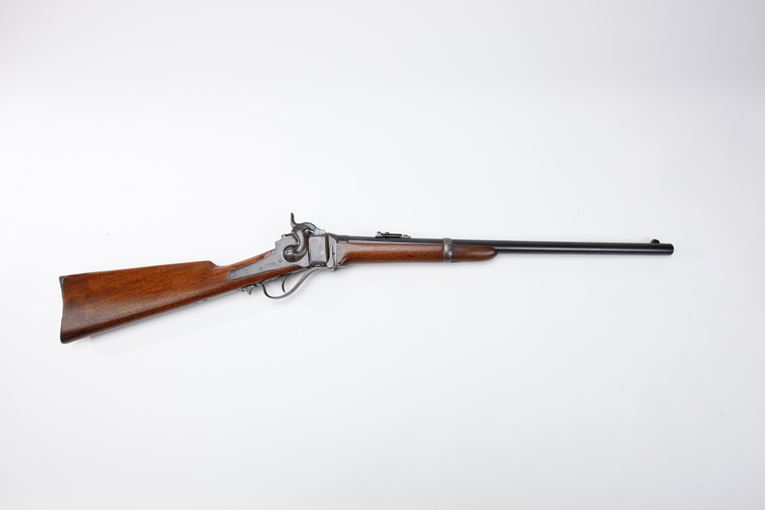 In 1867, the government decided to modify many of their percussion arms to cartridge breechloaders. This example was altered under government contract by the Sharps Company to fire metallic cartridges. Conversion of Sharps New Model 1859, 1863, and 1865 were included in this contract. Over 30,000 carbines and 1,000 rifles were modified to accept either .52-70 rimfire or .50-70 centerfire cartridges. Some of these arms retained their original six-groove rifling, while the bores of others were re-lined with three-grooove rifling. New buttstocks without cartridge boxes were used in all cases where replacement was required, regardless of the original configuration. SN 76171